Here is a quick afterthought on the comments made by ESPN’s Mark May about the Ohio State suspensions. 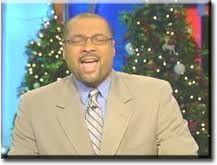 Mark May gets it wrong... again.

May appeared on ESPN on Christmas Eve to blast the NCAA for their handling of the situation and called the Big Ten and the Pac-10 the NCAA’s “sacred cows” because in his eyes they are always protected by the NCAA while the SEC is constantly harassed.

There are two ways that I can address this; 1. I can be very professional and offer a different take than May, or 2. I can be a complete jerk and curse May out. How about a combination of the two.

For May to say that the NCAA protects the Big Ten and the Pac-10 is the dumbest thing I’ve heard from his mouth (and there is a lot to choose from). Apparently he wasn’t paying attention to the USC sanctions which are hurting the football and basketball programs and have left them as crippled for more than what their two-year probation would indicate.

Yeah Ohio State got away clean virtually, but how about Auburn and Cam Newton? How can he be ruled ineligible for one day then eligible the next because there wasn’t any conclusive evidence to tie him to the pay for play scandal? What about the constant issues in recruiting violations and legal issues at Tennessee, and the constant spotting on police repots at Georgia under Mark Richt and Florida with Urban Mayer?

Why didn’t the NCAA make it mandatory for Jeremiah Masoli to sit out a year because A. he transferred from Oregon, and B. why didn’t they address his two arrests in six months that got him kicked out to begin with?

In reality the SEC gets away with many more violations than the Big Ten or Pac-10 do on a good day. May is just another example of the favoritism to one side that he is supposedly raging against. To blatantly ignore the reality of the NCAA’s ignorance in favor of pushing his own agenda is both infantile and ignorant of Mark May.

Viewers of ESPN know that May is a blowhard and says things with the intent of stirring the pot or coming off as a big shot, which he is not. May has garnered a reputation of being narrow-minded as well as a hater, which he shows off very well in his diatribe last Friday.

My advice for May is to get off of your high horse and look at the facts for what they are instead of choosing to ignore the truth to tell your version of it. Ignorance is bliss and Mark May seems to love basking in his.

brooklyn all day END_OF_DOCUMENT_TOKEN_TO_BE_REPLACED
This entry was posted on Wednesday, December 29th, 2010 at 7:21 pm and tagged with Big Ten Football, cam newton, espn, florida gators, Georgia bulldogs, mark may, ohio state buckeyes, Pac 10 football, SEC football, tennessee volunteers and posted in football. You can follow any responses to this entry through the RSS 2.0 feed.
« The Corruption That Is The NCAA
So Long 2010 »